Bus stops had rainbows on and an atmosphere of excitement pervaded the whole of Birmingham city centre on May 26th at the start of the 2018 Birmingham Pride Festival weekend. Christians from several diverse and inclusive local churches were represented in the parade under the banner of ‘Christians at Pride’ and also supported those passing by at the roadside, handing out sweets and cheering them on. The weather was glorious and the sharing of human warmth and friendship was life affirming. Bull St Quaker meeting was represented both in the parade and among the onlookers and also on Sunday at the Pride service at Carrs Lane Church Centre. It felt very good as a Quaker to stand beside other Christians affirming that of God in all people. 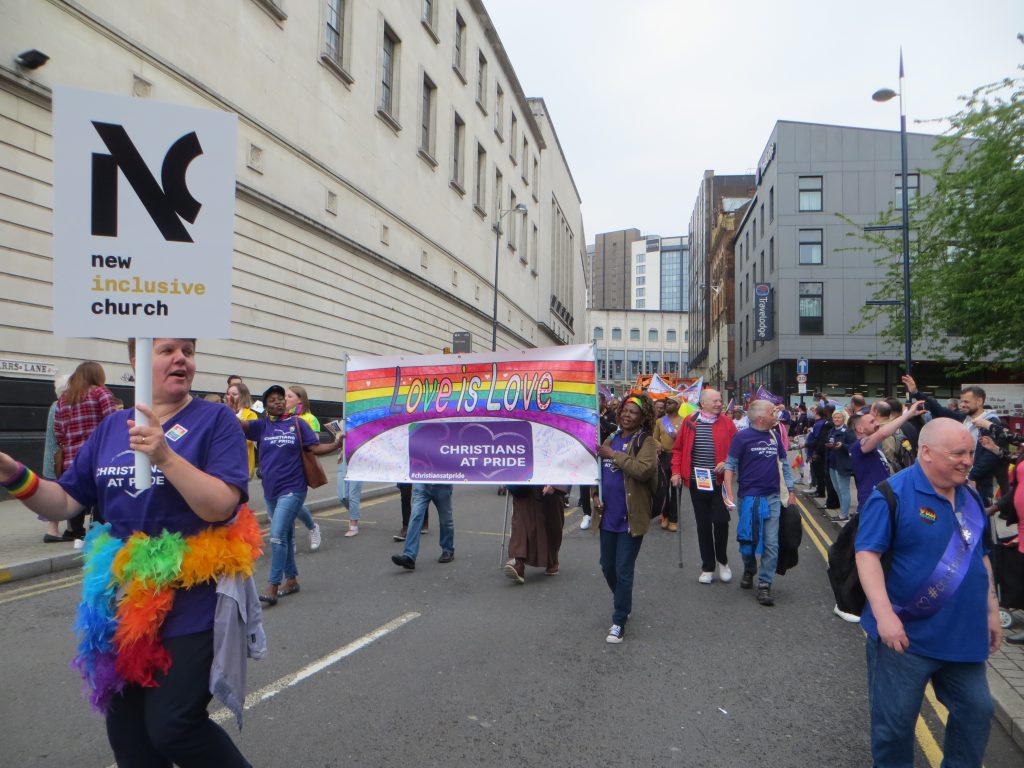 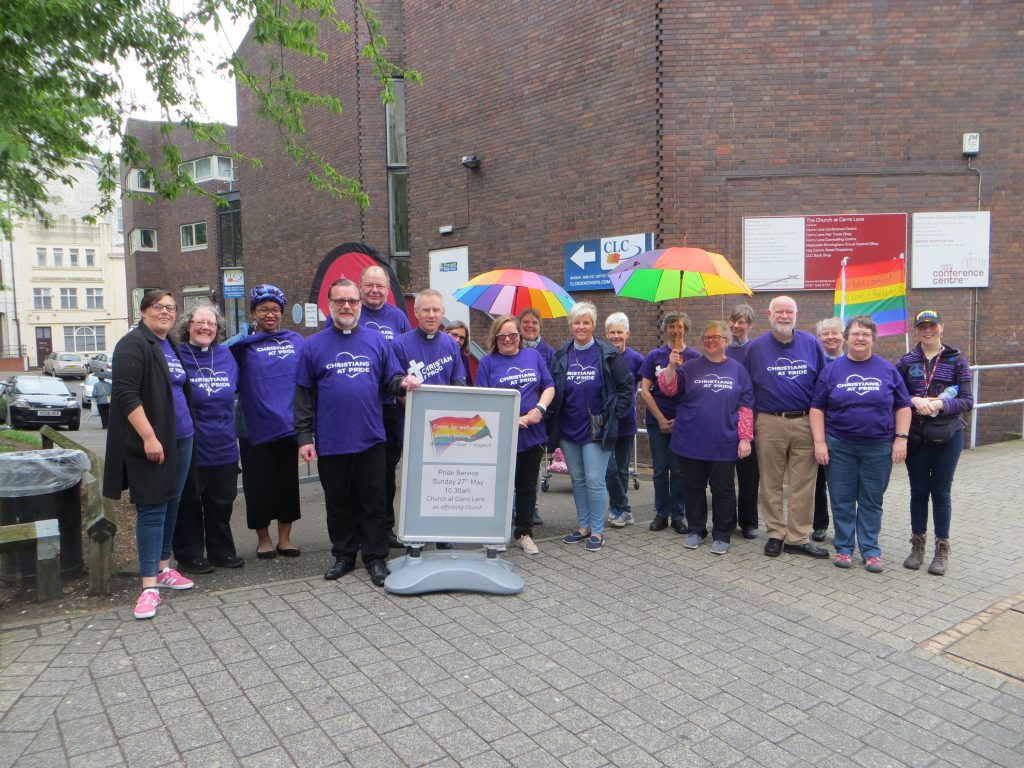